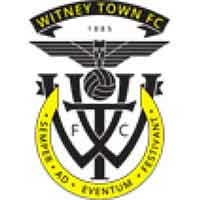 Witney Town were our opponents in the 1998-9 FA Cup Third Qualifying Round – but the club’s story is a little confusing. As far as we know, the club folded in 2001 for reasons we don’t fully understand. But we imagine it had something to do with cash. Anyway, Witney United changed their name in 2011 to fill that particular void.

The ‘new’ Town found life tough going too; folding itself  in February 2013 while members of the Hellenic League. The reason? Well, it seems as simple as the fact that no-one wanted to run the club. As such, it had no option but to resign from the league and call it quits. Maybe there’s something about being called ‘Town’ that doesn’t work…