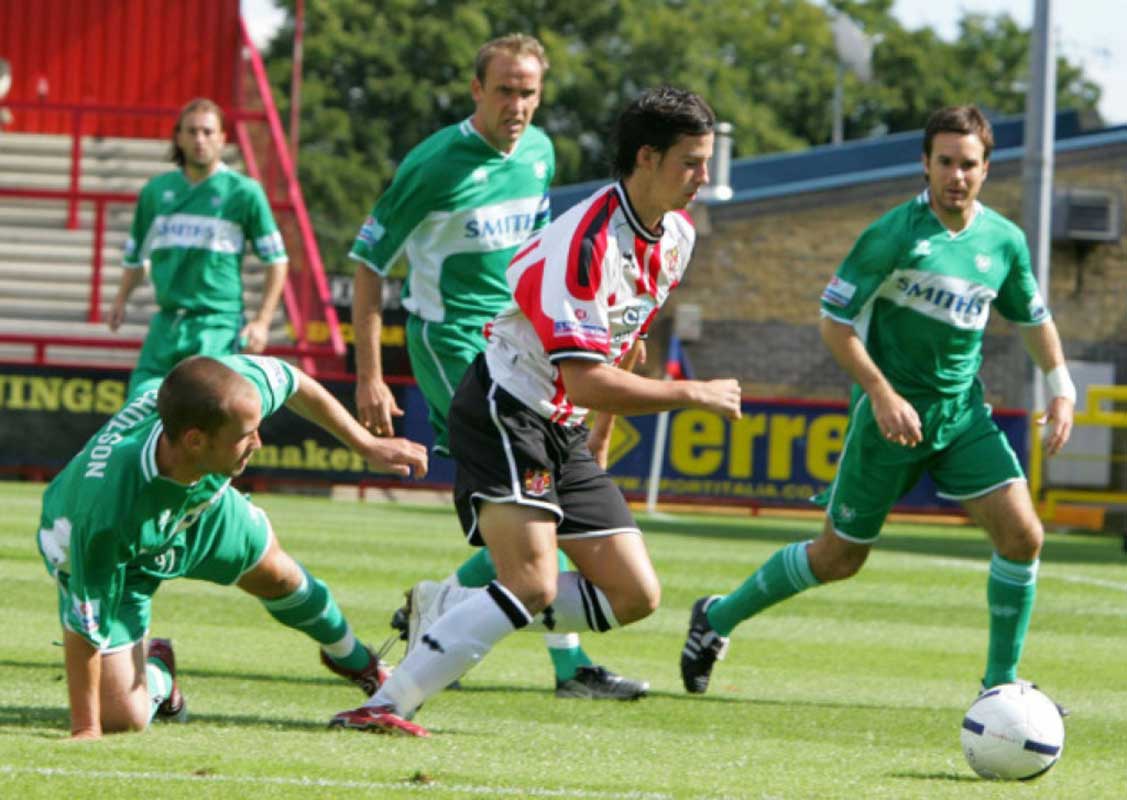 The scourge of the English national team for most of the 1990s and maybe even still now, but we’ve had some real gems of left wingers here. From the word go, we’ve had fellas on the southpaw side; twinklin’ and jiggin’ their way down the flank. All the while, they’ve been causing havoc for the poor sods at right back on the oppo. Not that it’s any of our concern, you understand. And boy could some of our left-sided wonders ping ’em in when asked to.

We won’t waste any more time. Here are some of the lads you’d put wide left in an instant.

6 of the Best Boro’ Left Wingers 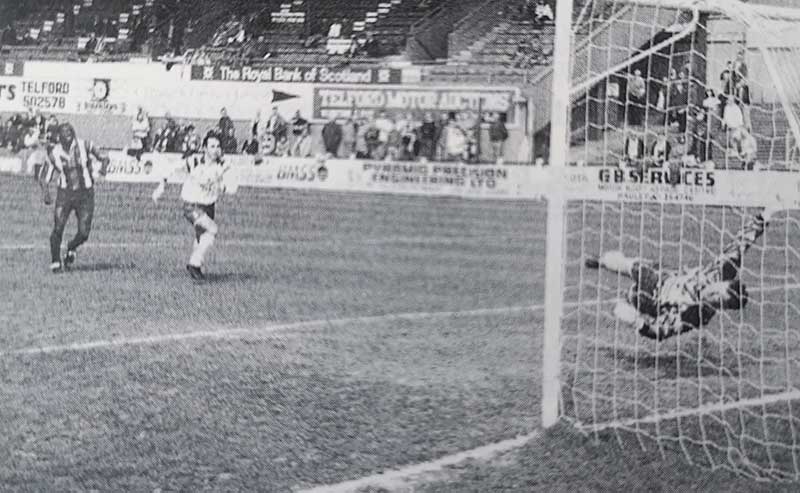 Lynch is part of a fantastic four that did much of the legwork in front of goal in the second half of the 1994-5 GM Vauxhall Conference campaign. Nine goals was the final return for the ex-Barnet man; his efforts helping us up the table to fit right in among the non-league big boys. And Woking. A former Conference title winner already, Lynch made it a double as part of our epic 1995-6 squad – again chipping in with 10 goals and lighting up the left.

Speaking of lights, here’s one of our Why We Bother highlights: “Tony Lynch, about three seconds after being named Man of the Match, hitting the floodlight with a shot“. Well, you gotta buy a ticket if you want to win the lottery.

Now, Clarkey has weirdly similar stats as Tony Lynch above. If one of his sub outings had been a start (looking at you there, Wayne Turner), it’d be like-for-like between the two. It’s not as if this ex-Gooner was scared of pinging ’em in either. In fact, we reckon most of his 19 goals for us were from outside the box. The only thing that Clarkey’s time in Boro’s red and white didn’t have was success on the pitch. And that, at least in part, was down to not having other players around him who were on the same level. Liam George? FFS.

In the grand scheme of things, few lads have made as many appearances or scored as many goals as Graham Cox. He sits fifth in our list of all-time scorers – only one behind Carl Alford. And the 282 outings in Boro’ colours we have him down for is only “at least”; our incomplete research means he could be hiding more. We can’t think of a single guy who’d play as many times for a club without good reason. Cox was versatile, of course, so wasn’t always seen on the wing. But he had a big role in our history during the 1980s – and he was bloody good too.

We doubt that anyone who make their Boro’ debut in a 3-1 home defeat to someone like Margate will live long in our memory. But we also doubt that many new faces will ever be on the same book as Georgie Boyd – let alone the same page. Wayne Turner likely had little alternative but to give the 17-year-old Boydie a run out that day due to injuries. But it was the start of something beautiful; a Premier League winger bred at Broadhall Way.

He could definitely still do a job for us now.

Look at Danny Dance’s goal count and you’d swear blind that he was a centre forward. For many (like us) who didn’t get to watch him in the flesh, Dance was a tour de force – scoring for fun during the our first-ever senior season (1980-1). That continued on into 1981-2 and our first United Counties League Premier Division campaign too. But things turned sour and he left the club that season for reasons that were reported at the time.

There was a second coming, thankfully. It may not have been as prolific, but he scored more goals and came within a whisker of bringing up his half century of goals. Just one more game might’ve done it…

Even now we’re still not too sure how we managed to convince Arsenal to let him go for good in early 2012. Luke Freeman came to us on loan a couple of months before – but GW and PW got their man for good not long after in a deal that seemed to suit all sides. Well, maybe not for Arsenal. We didn’t ask. Freeman was a tricky winger; a catalyst for excitement as we rose up the League One table. He lit up the bad times too; his brace against Bradford City (see below) one of the rare highlights as we lost our League One status at the end of the 2013-4 campaign. We went down but Luke’s career went up.