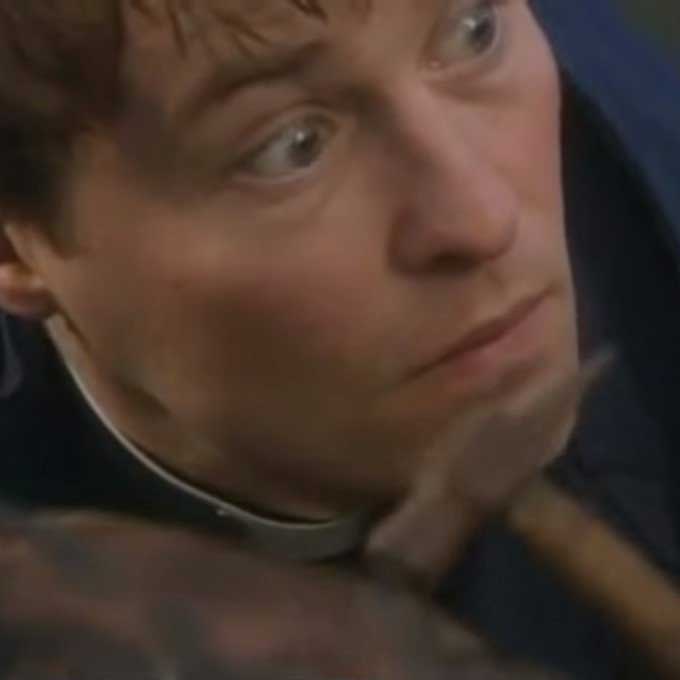 Now then, is that a win for Boro’ we see before our eyes? Do you know what? We think it might be. After all, we scored one goal and they scored none. And that’s usually enough. But it is also true that an ancient proverb says that, if a team wins in that competition and there’s obviously sod all people there to see it, did it really happen? So, can we do it again; to prove it wasn’t a fluke and win a game that matters with league points attached?

We don’t think the Football League will let us play Wycombe again. Even though our case of us beating ’em once, so why not again, was absolutely watertight. But they’re not in the same division as us. Apparently. So, the League told us to stop jamming their switchboard and sending carrier pigeons to their HQ. That means our first league win – if it’s gonna be this weekend – will have to come at Grimsby Town’s expense. And we’d be cool with that.

Who are Grimsby Town?

Even though our first-ever meeting against the Mariners was a disaster (for us, not them… obvs), our head-to-head record is pretty good. In fact, it’s almost too good. Our form so far this season means we’re at risk of ending a run of three matches against Grimsby without conceding a goal. All told, we’d like that run to stretch out to four matches if we can make it happen. Bit of an ask?

Grimsby have picked up half the points on offer to them so far this season (18 from 36). It ain’t ‘cos they’re consistent or anything like that, though. On one hand, they’ve gone down and toppled early season pacesetters Exeter City. And, on the other, they go back indoors and end up losing to Mansfield Town. We don’t really know what to make of them and how it’ll rub off on this encounter.

The Mariners have one of the best attacking records in the division at the moment. With a grand total of 19 goals to date, only Cheltenham Town have bagged more. And it’s a good thing that goals are easy to come by when you’re falling behind in 75% of your matches – right? And us going ahead won’t stress them out too much. We’ve led our last two league matches at the break and taken just one point from them.

Got a fun Grimsby Town fact?

Foreign gaffers might be 10 a penny these days, but it was not the done thing during the 1950s. And then along came Grimsby and broke the mould by letting Hungarian Elemér Berkessy take charge in 1954 after Bill Shankly resigned. It didn’t last long, though. The powers that be wouldn’t give him a work permit. So, that was that for Berkessy’s spell in charge of the Mariners.

How do I live?

It’s something to do with blood and oxygen and other things. It’s complicated. Google it.

It turns out our midweek win has done little to move the dial with the bookies. Our visitors are 13/8 for the win with several firms, though 173/100 (Marathon) is the best price to our knowledge. The price on a home win varies but you can fill your boots at 15/8 (Bet365). Jason Cowley is 13/5 (Paddy Power) to score again, while there must be a cheeky punt somewhere to be had on Paul Farman to be booked – especially if we’re winning late on.

Which Grimsby Town player should we watch out for?

James Hanson didn’t waste much time making a mark at his new club. After arriving from AFC Wimbledon over the summer, the 31-year-old striker opened his account on his home debut – against his first-ever club Bradford, no less. Hanson now has five to his name and is top of the Grimsby charts, but hasn’t actually scored since August. So, wethinks he may be getting a bit impatient to end the drought.

Neil Hair. He’ll be ‘hair’ today and gone tomorrow, if you’re reading this on Saturday. If not, it has been wasted. We know little about him as it’s our first time in each other’s company. Last season was his first in the Football League, reffing 30 matches, handing out 102 yellows and sending seven off. This season, Hair’s record is 19 bookings and one red from seven outings. This one makes eight games. Not reds. Unless something goes badly (and hilariously) wrong.

Mmm, so we did a win and maybe we could do another? It’s not that we’re not capable of getting the three points. It’s more that we put ourselves in the box seat, but wind up being unable to see it out. Is this one going to be any different? Well, we did it at Wycombe and you’d like to think we’ve not forgotten how to do it in the space of the last four days. Even if it’s more than long enough for our editor to forget things.

Stevenage v Grimsby Town scorecast: 2-1. We’re going big with our prediction, mainly ‘cos we won’t be around for you to point and laugh if we’re wrong. By the time we kick off, we’ll be on our holibobs. Do they sell league points in duty free? We’ll pick up a 24-pack…