Home » Players » Timlin: The Missing Piece Of The Jigsaw?

Timlin: The Missing Piece Of The Jigsaw?

Timlin: The Missing Piece Of The Jigsaw? 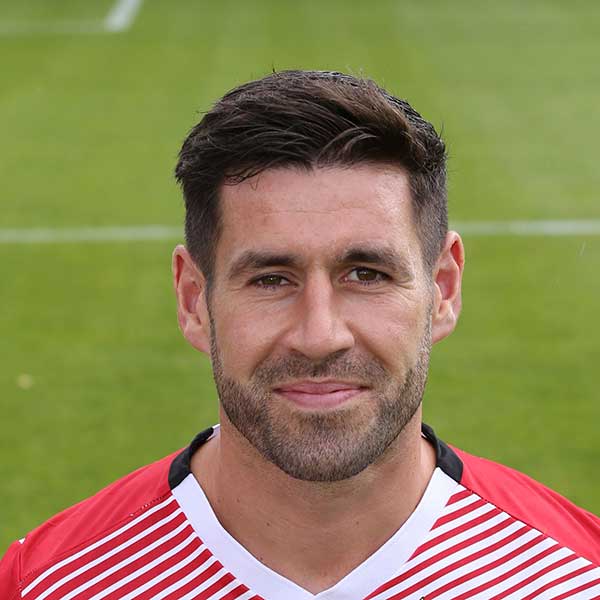 In recent years, it hasn’t been Boro’s inability to score goals stopping us from escaping from League 2 and back into the sunnier climbs of League 1. We may not have set records in terms of our strikers, but we’ve consistently scored more goals that we have played games. It’s not the loftiest of achievements, but that’s generally a good barometer for a team that has better prospects of going up than they have of going down.

The issue has therefore been at the other end of the pitch. One thing you can say about putting your scarf on and heading out to watch us play is that you’re unlikely to see a 0-0 draw. Boro have scored more than 60 goals in each of the past three seasons, but have also conceded nearly as many.

While it might be a stretch to say that we’re looking likely to get promoted this season (although the playoffs are definitely still within reach) we’re in better shape than we have been at any point since 2015. This has come at a time when we’re worryingly scoring fewer goals that we have done in seasons past. We’re getting away with it because we’re tighter at the back though.

Credit could and likely should be given to any combination of manager, goalkeeper and defence for that. There’s one man in particular, however, who should be getting more accolades that he does. And that’s Michael Timlin.

We don’t think there were too many people excited by Timlin’s arrival when it was announced back in June; that’s not a slight against the player. The prospect of a 33-year-old who’d never troubled the higher levels of football, and had spent the past six years playing for Southend United, isn’t the sort of thing that inspires legions of fans to head out and start spending money on replica shirts with his name on the back.

The man himself didn’t help much either; rather than talking up his excitement to be arriving at Broadhall Way, Timlin went on record about how sad he was to be leaving Southend, expressing his deep and profound love for the club and his sorrow of not being able to say a final farewell to the supporters. His words portrayed a man who would rather not be here at all. 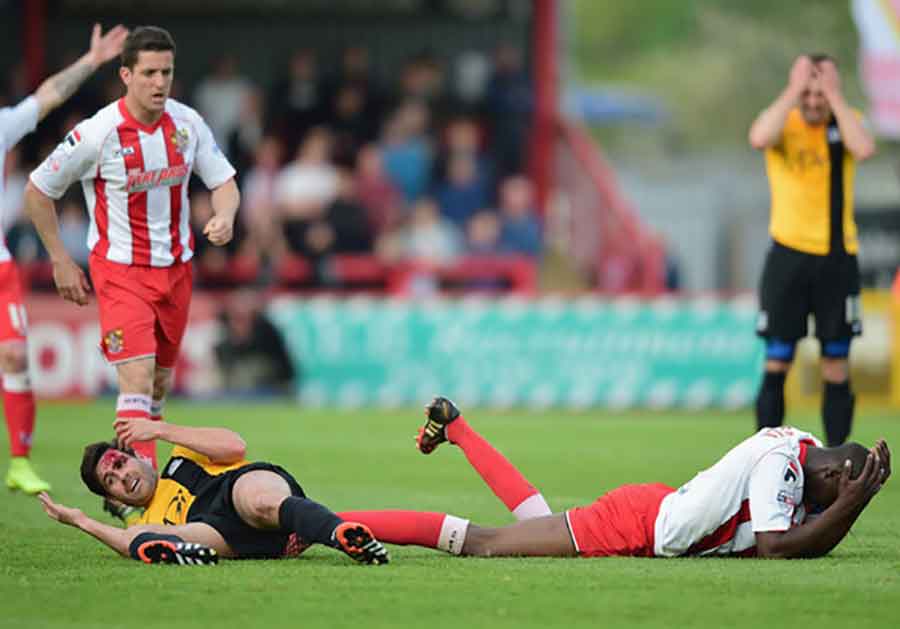 Then there’s the enduring memory that most Stevenage players had of the man; recovering from a serious head injury in the first leg of our playoff fixture against Southend in 2015 to wreck all our hopes and dreams with a goal in the second leg, while wearing a Petr-Cech style helmet. Timlin was the enduring image of that evening, which many of us would prefer to forget.

Instead of focusing on what he did to us, though, we perhaps should have been focusing on the character of the man himself. In his mid-30s or not, the kind of player who drags himself back onto a pitch days after needing multiple stitches to play a full 120 minutes of game time plus extra time is a definitive tough guy. The fact that his goal in that game was a header – showing no fear of causing further injury to himself – spoke volumes about his attitude. It’s precisely that fearlessness and steel that Timlin has brought to the side.

Timlin isn’t a defender, but he isn’t a goalscorer either. He’s that most unloved of players; the one who gets stuck into midfield; breaking up play, mopping up in front of the back line and getting things going again. He’s in the mould of football’s old hard-men; the one person can rely on to put a tackle in, always chase back, and deny thinking and breathing space to the creative players on the other side. In a little over 30 games for Boro, he’s become the heartbeat of the whole team.

To make the playoffs from where we are right now is going to require a lot of commitment and a little bit of luck. We can’t doubt Timlin for commitment; he’s shown us that already. He could yet also prove to be our piece of luck. There are many tales and legends of the luck of the Irish.

There are whole entertainment franchises built around it. Anyone who’s eaten a bowl of Lucky Charms knows it’s the leprechaun that brings you luck. Many online slot players swear by the Clover Casino website above any others, because of its Irish theme.

Lots of slot game websites host Irish-themed games, which are always popular with players because of the connotations for luck, but Clover Casino goes the whole hog and decks the entire site out in the clothes of the Emerald Isle in the belief that people who feel lucky often are. Timlin, a proud Irishman (and the only one in the whole current Boro squad), is a little bigger than your average leprechaun. But he certainly seems to boost our chances of winning.

There was no mistaking the intention of Dino Maamria on Transfer Deadline Day when it came to the balance of the team. We brought in four new players; two strikers and two wingers. He’s looked at the back line of the team, Timlin included, and decided that’s not where the problems are coming from.

We need more impetus going forward, and that’s what the four new lads are expected to bring. If they do, and we make the playoffs, the praise will mainly land at the feet of Maamria himself for his transfer strategy. And also one or more of our loan stars. In reality, however, the foundation of our success will likely be built around the quiet and solid work of Michael Timlin.