Stevenage began March caught in the unenviable no man’s land of mid-table.

A full dozen points clear of the threat of relegation from the Football League, but 15 shy of the League Two playoffs, you could be forgiven for thinking there’s little left to play for.

Boro’s run-in can have a huge say in which teams make the top seven, however. And results could even affect the race for automatic promotion. If you can’t be kings, then being kingmakers is a second prize worth settling for.

Darren Sarll must prepare his side for trips to Coventry City and Wycombe Wanderers. A home game against Exeter City is sandwiched in between come the end of the season. All of those teams are in the frame for at least a play-off place.

There’s still plenty of football to be played before late April and early May when these final three matches of the campaign take place. But what can Stevenage expect in their end of season encounters? Let’s take a look… 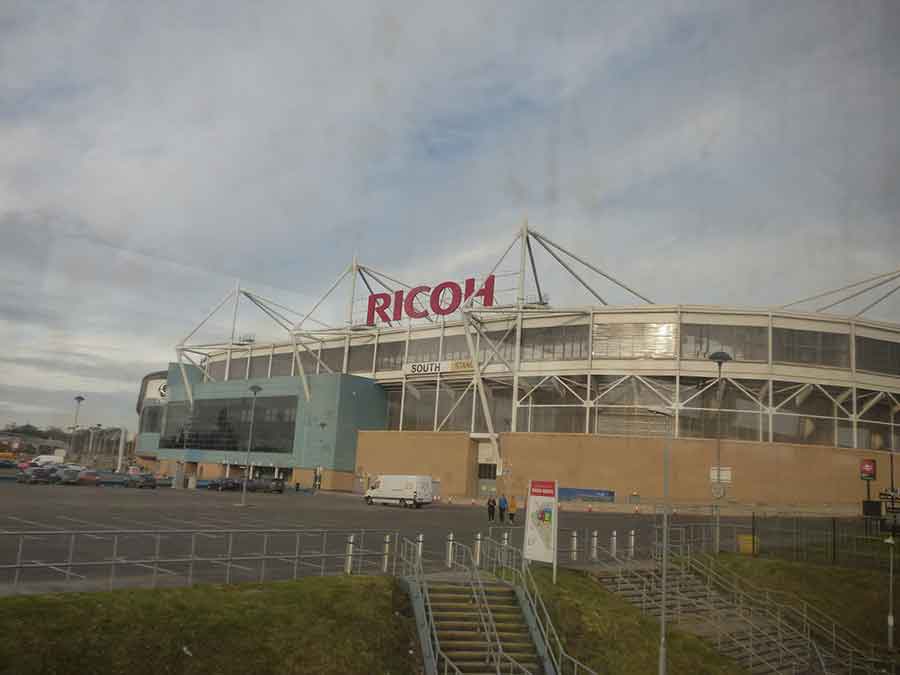 Although Ricoh Arena outfit Coventry are League Two’s lowest scorers in the current top half, they also boast the best defence. With 12 games of the regular season left, the Sky Blues had conceded just 28 goals. This makes them the only side in the entire division to have shipped an average of less than one per match. Despite that, Mark Robins’ men are the biggest price for promotion in bet365’s football betting on League Two at 9/2.

Coventry have more about them than being difficult to break down, though, as Scottish striker Marc McNulty is averaging around a goal every other game. Boro’ know all about ex-Sheffield United forward McNulty. He netted the opener in the reverse fixture at Broadhall Way – a 1-1 draw back in November.

Sky Blues winger Peter Vincenti is a familiar face to Stevenage supporters too, having played for the club during a successful spell of three years between 2008 and 2011. Vincenti was part of the 2009 FA Trophy triumph; also helping them earn promotion from the Conference the following season.

Arsene Wenger apart, Grecians boss Paul Tisdale is the longest-serving manager in English league football and his side are unbeaten in their last six battles with Boro’. They include a 2-1 home result down in Devon from December.

With Exeter 2/1 chances in the League Two promotion betting, keeping faith with their manager for many years – a rare enough thing these days – could finally pay off.

Jayden Stockley is the Grecians’ main goal threat, but former Stevenage loanee Ryan Brunt is nearing a first-team return and Tisdale is hopeful it will come soon.

Boro’ have lost their last two visits to Adams Park 1-0. Under the long-term management of Gareth Ainsworth, the Chairboys have one of the most potent attacks in League Two this season.

With Wycombe rated odds-on 4/5 chances to finally get out of the division, their attack is spearheaded by “The Beast” himself, Adebayo Akinfenwa. Wanderers boast other attacking threats, though. These include Craig Mackail-Smith and Nathan Tyson; both of whom played at much higher levels in their younger days.

Their defence can certainly be got at. With 11 games left, they had shipped as many as Stevenage. That said, both sides drew a blank in the reverse fixture at Broadhall Way in December.

Top EFL Players Who Could Move To The Premier League