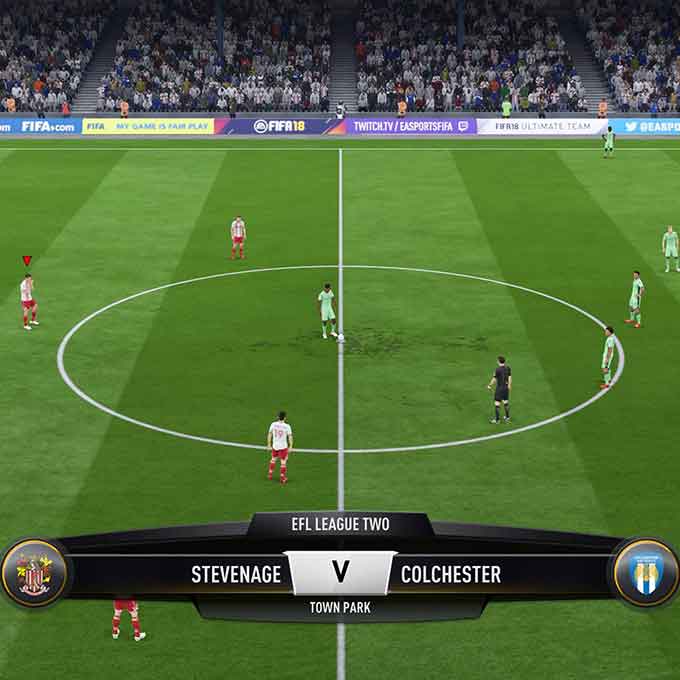 It’s often been the case that our FIFA 18 Verdict has made it up as it went along. Not playing to form or type, it has taken the line that anything can happen on a Saturday afternoon. Now, with a new boss at the helm, it may have a point. It’s a clean slate in the real world; a chance for Boro’ to hit the reset button. And, for the fortunes of this rambunctious predictogram, maybe we can draw under a line under its past failings too. Maybe.

Let’s face it. The combination of a new boss and a gaggle of lads on international duty means we haven’t got a clue what this starting XI will look like. Dino may throw a right old curve ball and recall Ryan Johnson from the Nuns Eating, and start him up top. Our contingency plans are not well thought of by the necessary authorities. In all fairness, however, the gaffer had a handle on it all and we ain’t expecting any huge selection policy shifts.


• Back in the real world, read our full Stevenage v Colchester United preview

Chesterfield (Away): The FIFA 18 Verdict

Pete H - 26 January 2018 2
Now, as part of our laboured efforts to get this FIFA 18 verdict banging out something you can hang your coat on, we've upped...