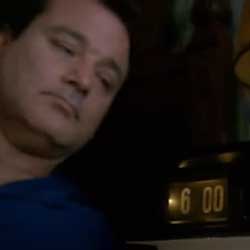 Ugh – it doesn’t get any easier, does it? Losing to Barnet. Barnet. Huge sigh and move on. This week, it’s another away day and another one of “those teams” – Cambridge United to be specific, and if you really did need that helping hand. Like the Bees, the U’s rock that autumnal feel with their kit. But for heaven’s sake, lets hope they don’t pick up the win… like the effin’ Bees.

One sec – U’s? Bees? If we can just bag ourselves a tenuous link to the number 40, we’ve got ourselves a ska band pun.

Right. That’s our little moment over. Onto the matter at hand and our trip to Cambridge. One thing that’s bugging us right now is the amount of goals we’re letting in. We’ve played nine times this season and we’ve conceded at least two goals in six of those games – that isn’t a happy stat and the U’s probably won’t hesitate to capitalise on that generosity. Because they’re like that.

If we’re talking history, we have the balance of power in our favour – eight of our 16 meetings with Cambridge have gone in our favour. And thanks to Huddersfield rules, we can proudly say that we’ve not lost to them since February 2008. We’re huge fans of shaking things up every now and then, but some things are best left as they are – like unbeaten records against neighbours.

Both them and us are hoping for a bit better in terms of home and away records respectively – the U’s have lost two out of four at the Abbey this term, while we’ve won none away from the Lamex so far. But if you’re going to this one, you’ll almost have to expect goals – there’s been more than 2.5 goals in three of Cambridge’s home fixtures and three of our away ones. GOALS!

Football has that habit of defying logic – clearly this match should be throwing up three or more goals between us all, which is priced at 20/21 (Boylesports). If you’re picking a winner, the bookies have leaned towards the hosts (29/20, BetVictor) and a tempting enough 12/5 on a Boro’ win. How about Jordan Slew to score any time at 23/20 (Stan James)? No, seriously..

It’ll truly be a week to forget if we come out the other side with a big fat zero when counting up our gains from Barnet and the U’s. If you’re letting goals in at one end, you have to be scoring goals at the other and that’s a fair bit of pressure to be placing on your forwards. Of course, this could be a dull 0-0 draw – but it never seems to be that simple against Cambridge United.