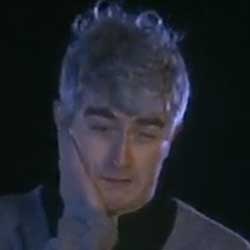 Look, we’re making no apologies for the fact that the list of Father Ted episode titles is going to be seeing plenty of action here at BoroGuide HQ over the course of the 2015-6 League Two season. Not least ‘cos it makes us laugh when the only option is to weep bitterly in despair at the fact that we’ve given up six points to less than choice opposition over the past fortnight.

Barnet and Cambridge both did something to us that’s normally left to consenting adults in the privacy of their own boudoirs – and you’ll be some fine human if you happen to know who we nicked that achingly relevant analogy from. Joking aside though, there’s nothing more awful than losing to the Bees or the Us. To say we’re licking our wounds is an understatement here…

Mansfield, then, and a chance to deflect our attention.

Right, a blast of good news for you to begin – we’ve played the Stags three times at home and, on each occasion, we’ve put three goals past them. We like patterns and there’s one here too – 3-2, 3-1 and, most recently, 3-0. If only the idea of bagging three in a game didn’t seem like a transatlantic flight of fancy at the moment – with an airline showing very porcine characteristics.

Let’s deal with the nitty-gritty: Mansfield Town sit ninth in the division, with the second best defensive unit around. Their goal has been intruded upon on six occasions. In nine games. With three clean sheets. If it wasn’t hard enough for us to score at the moment, this isn’t exactly the game to help things along in our favour. It’s all about how you manage your expectations.

The bookies are putting us in the box seat, nonetheless. We’re best priced 13/8 (Will Hill) when we looked, but does that make the 2s you can get on the Stags a generous and tempting proposition? Most of the Stags’s outings this term have yielded under 2.5 goals (13/18, Marathon) and, quite frankly, Fraser Franks to score at 14s (Bet365) is giving us tingles in unusual places.

We’ve not even gone near the issue of team selection, but we’re can’t help but feel the senior ‘names’ aren’t making a difference in areas the management are no doubt hoping them to. That means the burden of pressure comes onto the lads who have little to no experience at this level. If that’s how it’s panning out, it’s no surprise we’re losing to filth like Cambridge United.