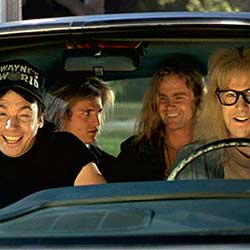 Did you know that a Stevenage fan would have to travel more than 5,663 miles to attend every single away match of season 15/16? The Football League recently worked this out for all 72 league clubs. And it’s obvious that fans will have to pay a lot of money to support their favourite team this season. We can’t all afford expensive train tickets or petrol money to drive to each game. That’s on top of food and drink costs, match programmes and other costs. It all gets too much. So, to help fans save cash, they’ve partnered with a car sharing site called Liftshare.com; one of the cheapest ways to travel in the UK.

Let’s say you own a car and you want to get to a Stevenage away match on the cheap. Just sign up to Liftshare for free and use their ‘Offer a Lift’ tool. Enter the details of your road trip and you’ll see how much petrol money could make back by giving a lift to other fans.

You can make up to 100% of your petrol bill back using Liftshare. And it’s safe, secure and approved by the UK’s largest car insurers. It’s the same as asking your mate for a fiver for petrol money. With Liftshare.com, however, passengers can pay directly into your bank account with one tap using our free mobile app.

If you don’t own a car and the fan coaches are full, you can sign up for free and request a lift from the site’s friendly community of more than 450,000 people. You can also set up lift alerts that’ll let you know as soon as a suitable lift is available. Grab the free Liftshare iOS and Android app to find even more lifts and pay with just one tap.

There are more than 500 Liftshare trips being offered via Stevenage right now. Have a look at the range of prices to see how cheap it could be compared to other forms of transport. The Football League don’t want to do away with fans coaches, but to give fans an alternative if they’re stuck.

Have a look and see what you think. If you have any queries, drop the Liftshare team an email at superheroes@liftshare.com and they’ll get back to you.