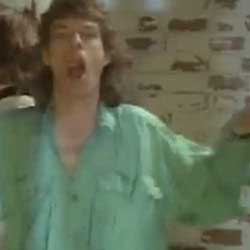 If you’re thinking about your August Bank Holiday getaway, why not choose the bright eyes and busy tails of the London Borough of Barking and Dagnum? With Chick King fried poultry outlets as far as the eye can see and vague local council efforts to do the place up with some nice lighting, it really is the must-see destination of the week.

But, please, don’t take our word for it – we don’t care for the place too much ourselves. The reason for talking up the tourism potential of Dagnum is a temporary invasion and occupation of the away dressing room by Teddy Sheringham’s (for it is his) Stevenage mob. And with last week’s win tasting so sweet, we’re hungry for a second helping.

If the Pools arrived at the Lamex last week in a false position at the top, can the same be said of a Daggers side propping up the table? The three matches they’ve lost were against teams in the top eight, while their first point of the campaign came up at those charming folks from Wycombe last weekend to end the Chairboys’ perfect start.

Our record against our old Conference chums makes for grim reading, but how about this – the last time we went a season without losing to the Daggers was 10 years ago (2005-6). And the time before that? Well, that was 20 years ago (1995-6). We enjoy a good trend here at BoroGuide HQ; every time a trend continues, a fluffy kitten is born.

What of our chances this weekend then? The bookies’ odds are leaning in our favour; 7/5 is the best price on an away win, with the Daggers available at 9/4. That feeling in the bottom of our stomach has returned, which means we’re looking at Both Teams to Score (10/11, William Hill) and Charlie Lee to score at fours (Bet365). Let it be!

Last season’s head-to-head was bizarre enough. We won at theirs at a time when we couldn’t buy an away win, while they got the better of us indoors later in the campaign. You could argue that we lack a certain bite in that game, something that you definitely couldn’t accuse Joss Labadie of if that FA charge was anything to go by.

So, the London Borough of Barking and Dagnum? You know it makes sense…

BoroGuide’s Dagenham and Redbridge club profile – 3.5 out of 5 on Tripadvisor