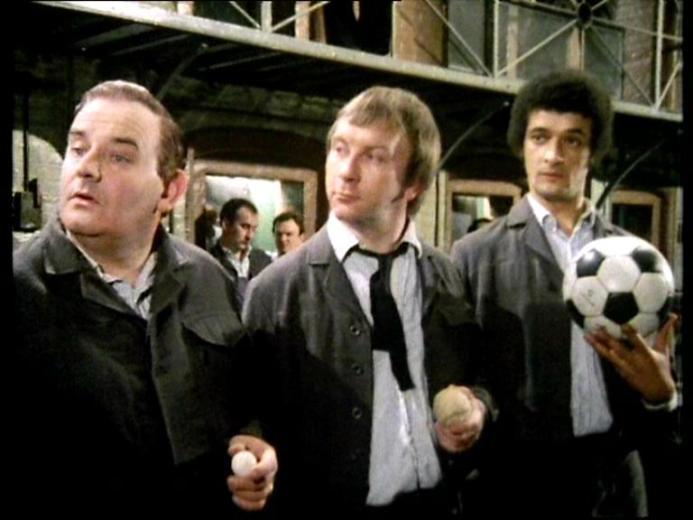 Wolverhampton. Well, you can’t complain that the League One Holiday Brochure (2013-14 Season) isn’t treating us this year. Walsall, Crewe, Tranmere – all very prestigious locations in their own right, but none of ’em hold a candle to the cradle of the Black Country. On this latest Grand Day Out, we are off to indulge in the joys of the fifth WORST city in the world. Not our words, the words of Lonely Planet and its readers.

Molineux is yet another one of those citadels of faded footballing glory now littered around the lower reaches of the League; lest we forget that Wolves are three-time Football League champions, four-time FA Cup winners and were a Tottenham Hotspur away from winning a European trophy. Their last outing in the top flight, by comparison, was a bit naff and now they find themselves back in the third tier since ’89. If you want some trivia, the last time Wolves were relegated from the top flight into the third tier in successive seasons, they made it three on the bounce in 1986 and ended up in Division Four.

But let’s be honest – this one is going to be a tough one. It’s easy to think “this is a game we normally do well out of” and hark back to wins at Hillsborough etc. We’ve put ourselves in a good position of late, with three league wins in four games, but these remain some brittle foundations. And taking the Boro’ roadshow to Wolves – who ought to romp to the title – is jumping out of a frying pan and into The Proverbial.

We better be watching some doovdes of Leigh Griffiths this week, because five goals in five games suggests he may be a bit of a danger this weekend. Thankfully, our back five looks a great deal more settled and the Heslop/Doughty combo in midfield is doing good stuff. So, we’ll just see how the game pans out and enjoy the day out. After all, it’s Wolverhampton – and who wouldn’t enjoy a day out there? Prices start at £1.49pp based on two people sharing…

Either Wolves aren’t as good as we thought or our difficulty settings need changing, but we had a field day with this one! Boro’ were rampant, magnificent… Francois Zoko with two goals in the first half putting us firmly in control. The striker bagged his hattrick in the second half, before Wolves pulled one back on the break.

Simon Heslop wrapped it all up on 85 minutes with a Stacy Long-esque deflected shot from the edge of the area, but just as we were saving a replay for you dear reader, it all went to pot and the game froze. We’re keeping the result, however, and expect the real game to pan out in much the same manner this weekend. Ahem!

Referee Watch:
Kevin Wright – It seems as if Mr Wright has only taken command of one Stevenage match – certainly since our promotion to the Football League. That one occasion was our first away win in League Two. An omen, perhaps?
– 25 September 2010 – Lincoln City 0-1 Stevenage (Holroyd)

Bookie Bashing:
Quite frankly, no-one seems to be giving us a hope in hell of coming away from Molineux with the win. If you have nerves of steel, you can get us at 7/1 at Ladbrokes, BetVictor and Sky Bet. Wolves’ Leigh Griffiths is 10/11 with Bet365 to score anytime – and that’s as good as you’re going to find! Meanwhile, Both Teams To Score is attractive at 11/10 at William Hill and BetVictor. Go forth and bash dem bookies!  At the time of writing…

Who Will Take Home The Football League Two Trophy In 2019?

BoroGuide - 27 March 2019 0
This season, League Two has seen some fierce competition as teams like Lincoln City, Bury and Stevenage have performed well in hopes of climbing...